DAVID CHIDESTER is Professor of Comparative Religion and Director of the Institute for Comparative Religion in Southern Africa at the University of Cape Town. His recent books include Shots in the Streets: Violence and Religion in South Africa and Word and Light: Seeing, Hearing, and Religious Discourse. EDWARD T. LINENTHAL is Professor of Religion and American Culture at the University of Wisconsin, Oshkosh, and author of Sacred Ground: Americans and Their Battlefields and Preserving Memory: The Struggle to Create America's Holocaust Museum. 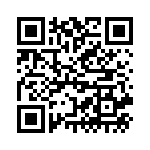