Ralph Waldo Emerson (1803-1882) was a renowned lecturer and writer, whose ideas on philosophy, religion, and literature influenced many writers, including Henry David Thoreau and Walt Whitman. After an undergraduate career at Harvard, he studied at Harvard Divinity School and became an ordained minister, continuing a long line of ministers in his family. He traveled widely and lectured, and became well known for his publications Essaysand Nature.

Ralph Waldo Emerson, the son of a Unitarian minister and a chaplain during the American Revolution, was born in 1803 in Boston. He attended the Boston Latin School, and in 1817 entered Harvard, graduating in 1820. Emerson supported himself as a schoolteacher from 1821-26. In 1826 he was 'approbated to preach,' and in 1829 became pastor of the Scond Church (Unitarian) in Boston. That same year he married Ellen Louise Tucker, who was to die of tuberculosis only seventeen months later.

In 1832 Emerson resigned his pastorate and traveled to Eurpe, where he met Coleridge, Wordsworth, and Carlyle. He settled in Concord, Massachusetts, in 1834, where he began a new career as a public lecturer, and married Lydia Jackson a year later. A group that gathered around Emerson in Concord came to be known as 'the Concord school,' and included Bronson Alcott, Henry David Thoreau, Nathaniel Hawthorne 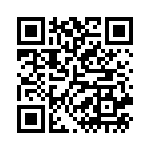