This incredible book is a searing look at humanity's attitude towards the formerly inexhaustible sea, and I will never be the same after reading it. Parts made me cry hard enough I got a headache ... Read full review

Safina's writing is adept at presenting the various stakeholder views associated with the management of fisheries in North America and the Pacific. He is able to understand the various perspectives as ... Read full review

Carl Safina, author of The View from Lazy Point: A Natural Year in an Unnatural World, Voyage of the Turtle: In Pursuit of the Earth's Last Dinosaur, Eye of the Albatross: Visions of Hope and Survival, Song for the Blue Ocean: Encounters Along the World's Coasts and Beneath the Seas, and founder of the Blue Ocean Institute, was named by the Audubon Society one of the leading conservationists of the twentieth century. He's been profiled by The New York Times, and PBS's Bill Moyers. His books and articles have won him a Pew Fellowship, Guggenheim Award, Lannan Literary Award, John Burroughs Medal, and a MacArthur Prize. He lives in Amagansett, New York. 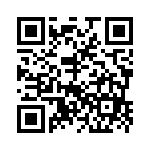