Ihab Hassan (1925-2015) was emeritus Vilas Professor of English and comparative literature at the University of Wisconsin-Milwaukee, and author of more than 300 articles and reviews and of numerous books including The Postmodern Turn: Essays in Postmodern Theory and Culture. 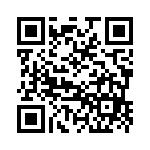