Page 433
Inasmuch as peasants , farm workers and their families represent nearly half the Italian population , their actual fate under Fascism is significant . The agricultural population of Italy is overwhelmingly proletarian .
Page 438
According to the leading agricultural economist of Fascism , Italy must have , instead of rural wage workers , ' genuine peasants , attached to the soil , loving the soil , who do not ask the impossible , who know how to content ...
Page 508
Only the workers , steel - workers , cotton - workers , flour - workers , even dock - workers handling war supplies listened to us . That made up my mind . When anyone says , " Your ideas are fine , but the worker is living in bad ...

41 other sections not shown 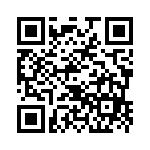