Marianne McDonald is Professor of Classics and Theatre at the University of California, San Diego, and a member of the Royal Irish Academy. The author of more than 160 publications, she pioneered modern versions of the classics. Many of her translations/versions have been staged. Her books include Euripides in Cinema: The Heart Made Visible; Ancient Sun/Modern Light: Greek Drama on the Modern Stage; Sing Sorrow: Ancient Classics in Modern Opera; and the forthcoming Space, Time and Silence: The Craft of Athol Fugard. She has six children, five grandchildren, and a black belt in karate. 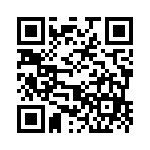