This reference work breaks new ground in the scope of its coverage, both historic and geographic; its 32 chronologies span from 2,000,000 B.C.E. to 1998 C.E. and include not only China, Japan, and ... Read full review

John Bowman has been an editor and writer for over forty years, beginning at Natural History Magazine and then at the Book of Knowledge before becoming an independent editor. Among the many works he has edited are The Cambridge Dictionary of American Biography, The Almanac of the Vietnam War, and Chronicle of the Twentieth Century. He contributed chronologies of Asian religions to the Chronology of World Religions. 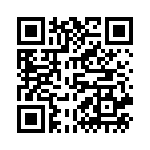