ED YOURDON is author or co-author of more than two dozen books, including Death March, The Decline and Fall of the American Programmer, and The Rise and Resurrection of the American Programmer. In June 1997, he was inducted into the Computer Hall of Fame, joining notables such as Charles Babbage, Seymour Cray, James Martin, Grace Hopper, Gerald Weinberg, and Bill Gates. Widely known as co-developer of the popular Coad/Yourdon OO methodology, he founded and led YOURDON, Inc., a consulting firm that trained over 250,000 people worldwide. 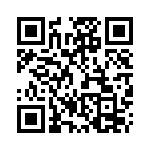