Paul A. Rahe holds a B.A. from Yale University, an M.A. in Litterae Humaniores from University of Oxford, and a Ph.D. in Ancient History from Yale University. He is the author, most recently, of Soft Despotism, Democracy's Drift: Montesquieu, Rousseau, and Tocqueville on the Modern Prospect (2009) and Montesquieu and the Logic of Liberty: War, Religion, Commerce, Climate, Terrain, Technology, Uneasiness of Mind, the Spirit of Political Vigilance, and the Foundations of the Modern Republic (2009). He has co-edited Montesquieu's Political Science: Essays on the Spirit of Laws and edited Machiavelli's Liberal Republican Legacy, and he has published a host of articles in journals and chapters in edited books. Professor Rahe is the Charles O. Lee and Louise K. Lee Chair in the Western Heritage and Professor of History and Political Science at Hillsdale College. 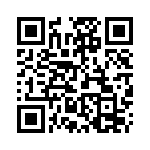