I'm very surprised by the positive reviews, and just a bit dismayed by the critical ones. Dear readers, if you're going to be shocked that people were anti-semitic before the war, or that men raised ... Read full review

Lyndall Gordon is the prize-winning author of, most recently, "T. S. Eliot: An Imperfect Life" & "A Private Life of Henry James". 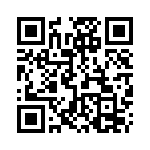