Read for R/L B/C. Although I did learn something it was full of boring repetitiveness throughout. I doubt that I even want to sit through the B/C meeting. Might go just for the coffee. ;-) American ... Read full review

Interesting book discussion in my readers' group. The line-by-line transcript of her trial got a bit dull at times. Read full review 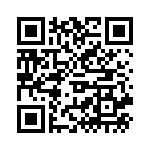