Page 2
know so much of her daughter , the sainted Queen Margaret , who is revered so highly there . I accordingly wrote to the Rev. A. W. Cornelius Hallen , the learned editor of the Scottish Antiquary , on the subject , and received the ...
Page 3
This Bruno may have forced to yield to his brother Bela in 1061 , who , gone into Hungary , may have married , may have had a daughter Agatha , who may have been given in marriage however , died in 1063. Then came Solomon , son to ...
Page 37
Namur , and of Ermengarde , daughter of Charles , Duke of Lorraine , and her father ( Godfrey of Louvain ) being great - grandson of the same Duke Charles , Adeliza was thus sprung on both sides from the imperial line of Charlemagne . 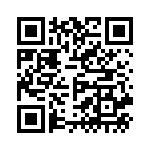