Page 127
From Tait's Magazine . which , to all appearance , would have been very But they soon re- Insect Life . ... There appeared to be so much ferocity , and so much purpose , in the manœuvres on both sides , that it was impossible not to be ...
Page 436
Also , to crown the business , when Addul Medjid finally did make his appearance , he took so little notice of his vis ... Of late , however , Countess Hahn - Hahn has appeared almost exclu- sively in the character of a tourist .
Page 569
Fishes , the humblest class of vertebrata , then appeared , the earliest fishes resembling the lower articulata . Land animals , beginning with reptiles , " univer- sally allowed to be the type next in advance from fishes , " form the ...

19 other sections not shown 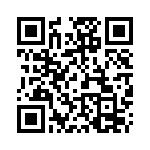