Page 44
But nobody believed him , and the king was angry , thinking that the officer was trying to make fun of him . “ Your Majesty can send another person along with me , ” sugante gested the officer , “ and he will surely bear.
Page 76
Why not count us , " suggested another ghost . The drunkard at once stood up and shouted , “ One , two , three , four . One , two , three , four . All correct , all correct . ” WYL ) The ghosts believed him and settled down to talk.
Page 77
The ghosts believed him and settled down to talk about various matters . “ Do you know , gentlemen , ” one talkative ghost said , “ that underneath where I am sitting there lie buried seven pots of gold ? ” The drunkard carefully noted ... 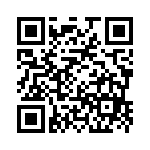