This is a devotional classic. Richly educational and powerfully written, it will change the way you think about the human body and the body of Christ. Should be read soon after "Fearfully and Wonderfully Made." Read full review

Dr. Paul Brand, son to missionary parents, was a world-renowned hand surgeon and pioneer in developing tendon transfer techniques for use in the hands of those with leprosy. He trained in medicine at the University College Hospital in London and and later gained his surgical qualifications whilst working as a casualty surgeon in the London Blitz. After visiting a Leprosy Sanatorium at Chingleput, he was motivated to explore the reasons behind the deformities of this disease. A donation from a missionary woman helped him establish the New Life Rehabilitative Center, which helped dispel the stigma of leprosy amongst medical professionals. He authored and coauthored several books, including Fearfully and Wonderfully Made and In His Image. 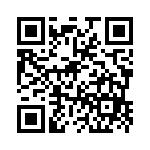