Terry Nardin is Professor of Political Science at the University of Wisconsin, Milwaukee. He is the author of Law, Morality, and the Relations of States (1983) and The Philosophy of Michael Oakeshott (2001), and editor of Traditions of International Ethics (1992), The Ethics of War and Peace (1996), and International Society (1998). 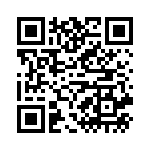