19 other sections not shown

Harper Barnes is a longtime editor and cultural critic for the St. Louis Post-Dispatch. He edited the Boston Phoenix, has written for the Atlantic Monthly, Rolling Stone, and other publications, and served in the U.S. Army as a Russian linguist. 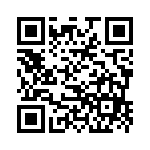