Michael P. Nelson is an associate professor of environmental ethics and philosophy at Michigan State University, where he is affiliated with the Lyman Briggs College, the Department of Fisheries and Wildlife, and the Department of Philosophy. J. Baird Callicott is a professor of philosophy at the University of North Texas. Nelson and Callicott are coeditors of The Great New Wilderness Debate (Georgia) and The Wilderness Debate Rages On (Georgia), and coauthors of American Indian Environmental Ethics: An Ojibwa Case Study. 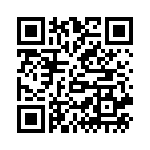