Author and editor Edward Waldo Emerson was born on July 10, 1844 and was the youngest child of Ralph Waldo Emerson and his second wife. Since he was rejected for service during the Civil War because of fragile health, he attended Harvard and graduated in 1866. He decided to pursue medicine and spend a year in Berlin and London while enrolled at Harvard Medical School. After graduating in 1874, he assisted Dr. Josiah Bartlett and eventually took over his practice. When his father died in 1882, Emerson decided to leave the practice of medicine and spent his time writing, editing his father's works, and painting. He taught at the Museum of Fine Arts in Boston and was a founding member of the Concord Antiquarian Society. He died on January 27, 1930. 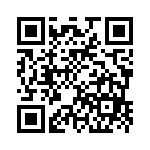