Interest in Mount Everest (called Chomolungma, or "Goddess Mother of the World," by the locals) and the surrounding high mountains of Nepal has placed enormous strain on both the physical environment ... Read full review

Ed Douglas is a writer and journalist with a passion for the wilder corners of the natural world. A former editor of the Alpine Journal, Ed is an enthusiastic amateur climber and mountain traveller with a particular interest in the Himalayas. His books include Tenzing: Hero of Everest, the first full-length biography of the first man, with Sir Edmund Hillary, to climb Everest. 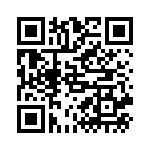