Randal Rauser is Assistant Professor of Historical Theology at the Taylor Seminary in Edmonton, Alberta, Canada 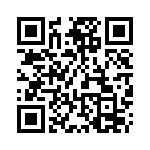