John F. Kennedy on leadership: the lessons and legacy of a president

Following up on Ulysses Grant on Leadership, journalist Barnes offers 12 concept-based chapters that draw on the life and presidency of JFK. "Vision" centers on the "Ask Not..." inaugural address ... Read full review

Page 6 - We are confronted primarily with a moral issue. It is as old as the Scriptures and is as clear as the American Constitution.‎
Appears in 129 books from 1936-2008

John A. Barnes has been a writer, journalist, and television commentator for more than seventeen years. His columns have appeared in The Boston Herald, The Detroit News, and The New York Post. He is also the author of Ulysses S. Grant on Leadership. Mr. Barnes lives in New York City. 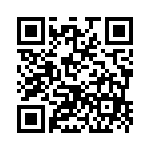