Margaret Beetham is Reader in English and Women's Studies at the Manchester Metropolitan University.

Kay Boardman is Senior Lecturer in English at the University of Central Lancashire. 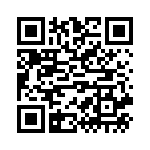