A celebrated professor of literature and criticism presents a representative gathering of his work, some of the pieces previously uncollected. Hartman, professor emeritus of English and comparative ... Read full review

Geoffrey H. Hartman was born in Frankfurt, Germany on August 11, 1929. In 1939, he was among the Jewish children evacuated from Nazi Germany as part of a Kindertransport. He spent the war years in England. After the war, he joined his mother in New York. He received a bachelor's degree in comparative literature from Queens College in 1949 and a Ph.D. in comparative literature from Yale University in 1953. He taught English and comparative literature at the University of Iowa, Cornell University, and Yale University. He was a literary critic whose work took in the Romantic poets, Judaic sacred texts, Holocaust studies, deconstruction and the workings of memory. He wrote numerous books during his lifetime including Wordsworth's Poetry, 1787-1814; Criticism in the Wilderness: The Study of Literature Today; Saving the Text: Literature, Derrida, Philosophy; Minor Prophecies: The Literary Essay in the Culture Wars; The Longest Shadow: In the Aftermath of the Holocaust; Scars of the Spirit: The Struggle Against Inauthenticity; and A Scholar's Tale: Intellectual Journey of a Displaced Child of Europe. He received the Truman Capote Award for Literary Criticism in 2006 for The Geoffrey Hartman Reader. He died on March 14, 2016 at the age of 86. 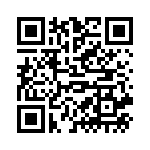