James Perrin Warren is S. Blount Mason Jr. Professor of English and Chair at Washington and Lee University. He is the author of Culture of Eloquence and Walt Whitman’s Language Experiment. 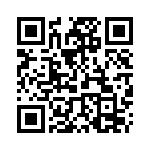