Page 543
In the absence of both the President and Vice - President , Dr. W. M. Fay was called to the chair . Minutes of the previous meeting were read and approved . Under head of proposals for membership the following names were read : Drs ...
Page 683
Meeting called to order at Dr. Chase's office , President Fay in the chair . Members present were Drs . Fay , Boice , Cory , Elsner , Kimura , Scotland , Martin , Davis , Wiest , IIassenplug , Hawkins , Parkhill , Levy and Chase .
Page 789
By Henry Leffmann , M. D. , Second Vice - President of the Society . Philadelphia : Published by the Society . The Legal Aspect of Suicide . Annual Address before the Medical Jurisprudence Society of Philadelphia , Jannary 10 , '88 .

29 other sections not shown 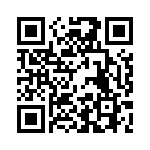