Dr. Dorsey was appointed as Wayne's first University Professor in 1961. He was granted emeritus status in 1971 and remained active in his post until his death on August 6, 1978.

Dr. Dorsey wrote extensively in the
fields of psychoanalysis, psychiatry,
neurology, and education. With Dr.
Walter Seegers he was co-author of Living
Consciously: The Science of Self, first
published in 1959 by the Wayne State
University Press, and frequently reprinted.
As holder of the Leo M.
Franklin Chair in Human Relations, he
edited a collection of lectures, The
Growth of Self-Insight, published in 1962.
Illness or Allness: Conversations of a
Psychiatrist (1965) is the fullest expression
of his philosophy of conscious
solipsism as applied to his medical
practice. Subsequent works include Psychology
of Emotion (1971), Psychology of
Language (1971), Psychology of Political
Science (1973),Psychology of Ethics (1974),
An American Psychiatrist in Vienna, 1935-
1937, and His Sigmund Freud (1976), and
The Psychic Nature of Physiology (1977).
Early in 1978 Dr. Dorsey completed and
submitted to the Wayne State University
Press the manuscript of the present
book on his years as University Professor. 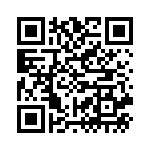