I truly enjoy Longfellow and my enjoyment increases as I age. While entering books, I came across this copy of Longfellow. It's strange how a poem or book affects one differently at various stages of ... Read full review

Page iii - Such songs have power to quiet The restless pulse of care, And come like the benediction That follows after prayer. Then read from the treasured volume The poem of thy choice, And lend to the rhyme of the poet The beauty of thy voice. And the night shall be filled with music, And the cares that infest the day Shall fold their tents like the Arabs, And as silently steal away.‎
Appears in 1080 books from 1838-2008

Henry Wadsworth Longfellow (1807-1882) was the most popular and admired American poet of the nineteenth century. Born in Portland, Maine, and educated at Bowdoin College, Longfellow’s ambition was always to become a writer; but until mid-life his first profession was the teaching rather than the production of literature, at his alma mater (1829-35) and then at Harvard (1836-54). His teaching career was punctuated by two extended study-tours of Europe, during which Longfellow made himself fluent in all the major Romance and Germanic languages. Thanks to a fortunate marriage and the growing popularity of his work, from his mid-thirties onwards Longfellow, ensconced in a comfortable Cambridge mansion, was able to devote an increasingly large fraction of his energies to the long narrative historical and mythic poems that made him a household word, especially Evangeline (1847), The Song of Hiawatha (1855), The Courtship of Miles Standish (1858), and Tales of a Wayside Inn (1863, 1872, 1873). Versatile as well as prolific, Longfellow also won fame as a writer of short ballads and lyrics, and experimented in the essay, the short story, the novel, and the verse drama. Taken as a whole, Longfellow’s writings show a breadth of literary learning, an understanding of western languages and cultures, unmatched by any American writer of his time. 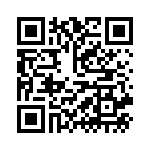