Robert Cummings Neville is Professor of Philosophy, Religion, and Theology at Boston University and Dean of the School of Theology. His most recent books include Boston Confucianism: Portable Tradition in the Late-Modern World and the three edited volumes of The Comparative Religious Ideas Project: The Human Condition, Ultimate Realities, and Religious Truth, all published by SUNY Press. 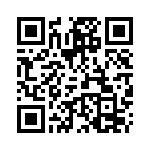