Page 103
The sports were to take place in the open air , and at nightfall there were to be dances performed by torchlight in a tent , for the house is not a very large one , as you know . Your mother took me with her .
Page 197
I took a turne following passage , was given in the early editions ; in the Hall , and bought the King and Chancellor's but the amusing characteristic notices which go speeches at the dissolving the Parliament last Sat- before and ...
Page 309
Meanwhile , the seas , shoals , bays , gulfs , a contest with the Sultan Mohammed , who de- and channels swarm with trading prahus , navi- feated him , took a number of the Portuguese gated by Bugis , Malays , Javanese , Bajows , and ... 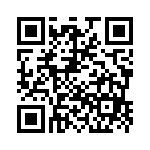