5 other sections not shown

Lawrence Buell is Powell M. Cabot Professor of American Literature Emeritus at Harvard University. He is the author of many books, including, most recently, The Dream of the Great American Novel. 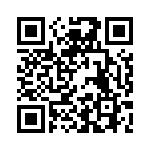