Trying it out in America: literary and other performances

Poirier is a distinguished and perceptive critic of American literature. These 19 essays, many of which appeared originally as book reviews, are loosely organized around the notion that American ... Read full review

Richard Poirier is Distinguished Professor Emeritus at Rutgers University, chairman of the board of The Library of America, founding editor of Raritan Quarterly, and the author of many books on American and twentieth-century literature. 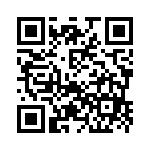