Bill Perkins's wit, insight, and penetrating stories make him a sought-after speaker for corporate and Christian groups. He has conducted business and leadership seminars across the country for companies such as Alaska Airlines and McDonald's.nbsp;Bill has appeared on nationally broadcast radio and television shows, includingnbsp;The O'Reilly Factor.nbsp;He addresses men's groups around the world and has conducted chapels for major league baseball teams.Bill served as a senior pastor for 24 years and is the founder and CEO of Million Mighty Men. He is a graduate of the University of Texas and Dallas Theological Seminary.Bill has authored or collaborated onnbsp;20 books, includingnbsp;When Good Men are Tempted, When Young Men are Tempted, The Journey, Six Battles Every Man Must Win, 6 Rules Every Man Must Break, When Good Men Get Angry,nbsp;andnbsp;The Jesus Experiment(forthcoming in fall 2011).He and his wife, Cindy, live in West Linn, Oregon. They have three sons and two grandchildren. 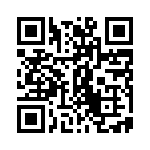