POLITICS BY OTHER MEANS: Higher Education and Group Thinking

War, wrote Clausewitz, is the continuation of politics by other means; so, to its cost, is higher education, argues Bromwich (English/ Yale) in this indictment—by turns lively and learned—of the ... Read full review

David Bromwich, professor of English and director of the Whitney Humanities Center at Yale University, has written widely on literature and politics. His books, Hazlitt: The Mind of a Critic and A Choice of Inheritance: Self and Community from Edmund Burke to Robert Frost, were nominated for National Book Critics Circle Awards in Criticism. 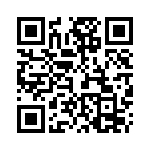