Catherine Parr Traill was born in Kent, England on January 9, 1802. She was educated at her home and began to write when she was fifteen years of age. Her first children's book was published in 1818. She wrote many juvenile works including Disobedience, or Mind What Mama Says and Happy Because Good, which were published without her name, and sold very well. In 1832, she married Lieutenant Thomas Traill. They emigrated to Canada and settled in Douro, Ontario, in 1833. After arriving in Canada, she contributed to several periodicals including Chambers's Journal and Sharpe's London Magazine. She also published several books including The Backwoods of Canada; The Female Emigrant's Guide, and Hints on Canadian Housekeeping; The Canadian Settlers' Guide; Canadian Crusoes; Ramblings in the Canadian Forest; Stories of the Canadian Forests; Canadian Wild Flowers; Studies of Plant Life in Canada; Pearls and Pebbles; and Afar in the Forest. She died on August 29, 1899. 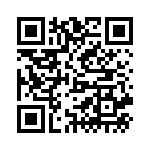