Page 4 - Those masterful images because complete Grew in pure mind, but out of what began? A mound of refuse or the sweepings of a street, Old kettles, old bottles, and a broken can, Old iron, old bones, old rags, that raving slut Who keeps the till. Now that my ladder's gone, I must lie down where all the ladders start, In the foul rag-and-bone shop of the heart.‎
Appears in 552 books from 1873-2008
Page 8 - Let us settle ourselves, and work and wedge our feet downward through the mud and slush of opinion, and prejudice, and tradition, and delusion, and appearance...‎
Appears in 165 books from 1877-2007
More
Page 10 - And served us right for having instituted Downward comparisons. As long on earth As our comparisons were stoutly upward With gods and angels, we were men at least, But little lower than the gods and angels. But once comparisons were yielded downward, Once we began to see our images Reflected in the mud and even dust, "P. 221. " Cf. Bertrand Russell on science as "power knowledge" in The Scientific Outlool( (New York, 1931), pp.‎
Appears in 39 books from 1939-2007
Less 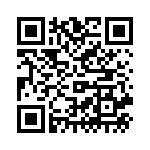