STEFANO SCOGLIO is a Research Assistant at the University of Urbino, Italy. He is the founder and president of a successful health food company. 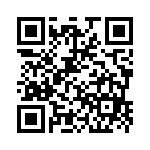