Very interesting and useful for somebody who is looking for details regarding the british royal family. I am using for my mater disertation. Thank you

very informative,and hilarious book for anyone interested in royal history!!!

Matt Richardson was born in Richmond Hill, Ontario, in 1966. His earlier works include a comprehensive field guide on primates and a biography of the English author/zoologist Gerald Durrell. In addition to a love of history, the arts, and science, Matt has also had a lifelong interest in wildlife conservation, and had travelled extensively throughout the world. He currently resides in Markham, just outside of Toronto. 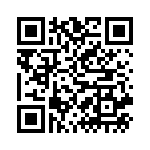