Megan Marshall created a page-turner about the lives of three 19th century sisters, and also filled this biography with so much fascinating information about life in the 19th century, Boston, Salem ... Read full review

I can’t resist books about sisters, I've read more by and about the Mitford sisters than I’d care to admit, and this thoroughly researched book about the Peabody sisters has all the charms that the ... Read full review

Megan Marshall worked for two decades on her award-winning biography The Peabody Sisters, spending many years tracking down the sisters’ letters and journals. Her work was supported by fellowships from the Guggenheim Foundation and the National Endowment for the Humanities. She has written for the New Yorker, the New York Times, Slate and other publications. She is now at work on a biography of Ebe Hawthorne, sister of Nathaniel, for which she has received a Radcliffe Institute fellowship. 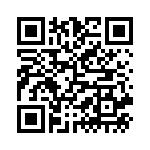