Page 34 - The immortality of the soul, the resurrection of the body, the judgment of the world by our LORD JESUS CHRIST, with the eternal blessedness of the righteous, and the eternal punishment of the wicked.‎
Appears in 137 books from 1584-2007
Page 13 - Repent, and be baptized every one of you in the name of Jesus Christ so that your sins may be forgiven; and you will receive the gift of the Holy Spirit.‎
Appears in 181 books from 1957-2008

Baker is professor of New Testament at Cincinnati Bible Seminary and is the founder and general editor of the Stone-Campbell Journal. He is the author of 2 Corinthians in the College Press NIV Commentary Series and Sticks and Stones: The Biblical Ethics of Talk (IVP).

Mark A. Noll (Ph.D., Vanderbilt University) is Francis McAnaney Professor of History at the University of Notre Dame. He is a Fellow of the American Academy of Arts and Sciences. He is advisory editor for Books & Culture and subeditor for the new Religion in Geschichte und Gegenwart. Noll's main academic interests concern the interaction of Christianity and culture in eighteenth- and nineteenth-century Anglo-American societies. He has published articles and reviews on a wide variety of subjects involving Christianity in modern history. Some of his many books include The Civil War as a Theological Crisis, Is the Reformation Over?, The Rise of Evangelicalism: The Age of Edwards, Whitefield and the Wesleys and The Old Religion in a New World. 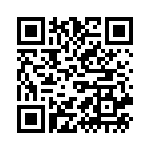