Page 35 - Acts, and that we have to treat natives, where they are in a state of barbarism, in a different way to ourselves. We are to be lords over them. These are my politics on native affairs, and these are the politics of South Africa. . . . The native is to be treated as a child and denied the franchise; he is to be denied liquor also.‎
Appears in 26 books from 1900-2006
Page 14 - This report notes, at pages 10-11, the nature of ZAPU (Zimbabwe African People's Union) and ZANU (Zimbabwe African National Union).‎
Appears in 7 books from 1963-2001
More
Page 34 - Our policy is that the Europeans must stand their ground and must remain BAAS (master) in South Africa. If we reject the Herrenvolk idea and the principle that the white man cannot remain Baas, if the franchise is to be extended to the non-Europeans, and if the non-Europeans are given representation and the vote and the non-Europeans are developed on the same basis as the Europeans, how can the European remain Baas? Our view is that in every sphere the European must retain the right to rule the country...‎
Appears in 11 books from 1921-2006
Less

DICKSON A. MUNGAZI is Regent's Professor of History at the Center for Excellence in Education at Northern Arizona University. He is the author of numerous books on African political history and education, including The Mind of Black Africa (Praeger, 1996), and Educational Reform and the Transformation of Southern Africa, coauthored with L. Kay Walker (Praeger, 1997). 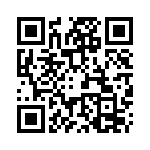