ART, DIALOGUE AND OUTRAGE: Essays on Literature and Culture

Nigerian Nobel laureate Soyinka offers more than 30 years' worth of rewarding essays on artistic practice and cultural politics. While he is best known in America as author of the memoir AkÇ: The ... Read full review

Art, dialogue, and outrage: essays on literature and culture

12 other sections not shown

Wole Soyinka was born in Abeokuta, Ogun State of Nigeria on July 13, 1934. He attended Government College and University College in Ibadan before receiving a degree in English from the University of Leeds in England in 1958. He has held research and teaching appointments at several universities including the University of Ibadan, the University of Ife, Cornell University, Emory University, the University of Nevada, Las Vegas, and Loyola Marymount. He is a distinguished playwright, poet, novelist, essayist, social critic, political activist, and literary scholar. His plays include The Swamp Dwellers, The Lion and the Jewel, A Dance of the Forests, The Bacchae of Euripides, A Play for Giants, Death and the King's Horsemen, From Zia with Love, The Beatification of Area Boy, and King Baabu. His collections of poetry include Idanre and Other Poems, A Shuttle in the Crypt, and Mandela's Earth and Other Poems. His novels include The Interpreters, which won the 1968 Jock Campbell Literary Award, and Season of Anomy. His autobiographical works include Ake: The Years of Childhood, Isara: A Voyage Around Essay, The Open Sore of a Continent: A Personal Memoir of the Nigerian Crisis, and You Must Set Forth at Dawn. His literary essays collections include Myth, Literature and the African World and Art, Dialogue and Outrage. During the civil war in Nigeria, he appealed for cease-fire in an article. Accused of treason, he was held in solitary confinement for 22 months. Two of his works, The Man Died: Prison Notes of Wole Soyinka and Poems from Prison, were secretly written on toilet paper and smuggled out of prison. He won the Nobel Prize for Literature in 1986. 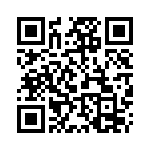