Page 78
And the practical rules of literature ought to follow from these views , namely , that all writing is by the grace of God ; ' that none but a writer should write ; that he should write affirmatively , not polemically , or should write ...
Page 296
He is , therefore , a good example of the modernness of an old English writer . ... Like Montaigne in this , that his subject cost him nothing , and he knew what he spake of , and did not write up to it , but could write down ( a main ...
Page 368
write the poetry of society , of the patrician and conventional Europe , as Scott and Moore , and others who ... But Wordsworth threw himself into his place , made no reserves or stipulations ; man and writer were not to be divided .

29 other sections not shown 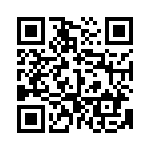