ON THE MORNING OF August 2, 2002, millions of Americans turned on their TVs to see an unusual spectacle: a high-level corporate executive in handcuffs, being paraded by law enforcement officials in front of the news media. The executive was Scott Sullivan, chief financial officer of the telecommunications firm WorldCom. Along with fellow executive David Myers, Sullivan was charged with hiding $3.85 billion in company expenses, conspiring to commit securities fraud, and filing false information with the Securities and Exchange Commission. The combined maximum penalties from the charges were sixty-five years. In response to the arrests, Attorney General John Ashcroft told reporters, "Corporate executives who cheat investors, steal savings, and squander pensions will meet the judgment they fear and the punishment they deserve."

Now consider a different crime, committed by the leadership of General Motors together with Standard Oil of California, Firestone Tire and Rubber Company, B. F. Phillips Petroleum, and Mac Manufacturing. In 1936, the five companies formed National City Lines, a holding company that proceeded to buy electric trolley lines and tear up the tracks in cities across the nation. Each time it destroyed a local trolley system, National City would license the rights to operate a new system to a local franchisee, under the stipulation that the system convert to diesel-powered General Motors buses.

By 1949, more than one hundred electric transit systems in forty-five cities had been torn up and converted. In April of that year, a federal jury convicted GM and the other firms of conspiracy to commit antitrust violations. But the penalty turned out to be negligible. The judge set the fine at $5,000 for each company. H. C. Grossman, treasurer of General Motors and a key player in the scheme, was fined one dollar. After the conviction, the companies went back to purchasing transit systems, removing electric trolley lines, and replacing them with buses. By 1955, 88 percent of the country''s electric streetcar network was gone.

Both the Scott Sullivan case and the National City Lines case fit the traditional definition of crime: laws were broken, the legal system intervened. But the second case suggests that the larger the crime, the more the 2boundaries between "crime" and "business as usual" begin to blur. As Atlanta mayor and former United Nations ambassador Andrew Young once said, "Nothing is illegal if one hundred businessmen decide to do it."

Young may have overstated things a bit, but the observation encapsulates a basic truth about American society. Business does tend to get its way, acting by means of a nebulous force known as "corporate power" that drives much of what happens in both the public and private spheres. But there are a few details to work out. What is the nature of this power? Exactly how does it work? Does the law instantly conform to the needs and wants of those one hundred businessmen? What happens when corporate America finds its wishes thwarted by constitutional barriers? Who decides what is "public" and what is "private?" Who defines the nature of "crime" versus "business as usual?"


IN ORDER TO ANSWER such questions, one challenge is merely to begin seeing a phenomenon that surrounds us so completely and continuously. I''ve spent most of my working life in the corporate world, founding and running a company that publishes how-to books about computers. In that world the corporation is the air you breathe. There is no questioning whether it is a good thing or a bad thing. It just is. Nor is there any thought about where the corporation--this particular institutional form--comes from. You assume that corporations have always been a natural part of the American system of "democracy and free enterprise." But even as I pursued my business, questions lurked in the back of my mind, some of which had been triggered as early as my high school years.

I grew up in southwestern North Dakota, and my first summer job was building trails in the Badlands for the U.S. Forest Service. One day, I learned that a large energy corporation had applied to strip-mine a spot called the Burning Coal Vein, a rugged area where at night deep fissures emitted a glow caused by smoldering veins of coal, ignited long ago by lightning strikes or prairie fires. Along the hillsides, columnar junipers reminiscent of the trees in Van Gogh''s "Starry Night" stood like silent watchers draped in tunics. Piles of scoria--brilliant red, orange, and purple ceramic shards--covered the ground, the metamorphosed products of shale baked by the intense underground heat. It was like being in an immortal potter''s workshop, where every footstep made a tinkling sound as the scoria broke under your feet. That someone could dare propose 3destroying a place of such beauty in exchange for a few thousand tons of low-grade coal stunned me. But, of course, the entity planning the mine wasn''t a someone but a something--a corporation. Although people in the company may well have cared, the corporation itself didn''t.

After college, I started working as a community organizer for a group of farmers and ranchers in North Dakota who were opposed to a vast expansion of strip-mining being proposed by a number of large companies. The shadow cast by these corporations across farms and ranches was not just a metaphorical one. The machines used in strip mines are quite literally of an awesome physical scale. When I saw Jurassic Park I experienced a feeling of déja vu--it reminded me of being in a strip mine. To extract the coal underneath millions of acres of productive farmland and ranchland, the mining companies have to peel away the overlying layers of plant-nurturing soil, water-bearing aquifers, and rock. The peeling is done by immense, crane-like earth-eaters called draglines, which soar into the air the length of a football field. Like long-necked dinosaurs, the draglines make their way slowly amid ridges of rubble. Using tooth-edged buckets large enough to hold three Greyhound buses, they perform a drop-drag-lift-swivel maneuver, dropping the giant bucket, dragging it until it overflows, then suddenly jerking tons of dirt and rock high into the air, swiveling with surprising grace, and finally dumping the load onto the spoil piles. Especially at night, when intense lights illuminate the machinery and the rubble, the impression is hair-raising--a specter of monsters feeding upon the earth. And then you remember that the rubble being moved and dumped had been someone''s pasture, favorite hillside, or alfalfa field. Reclamation? The companies promised that they would restore the land, but given the semiarid conditions, the fragility of the soil, and the complexities of such critical factors as hydrology and salinity, such assurances rang hollow.

You couldn''t help but be affected by the courage of the families who carried on a daily existence next to the mines. I recall sitting in the kitchen of a wheat farmer named Werner Benfit and his elderly mother Anna, looking out at the advancing edge of North American Coal Company''s Indian Head Mine near Zap, an ordinary town except for its Dr. Seussian name. Even though the towering spoil piles of the mine had come literally to the edge of the Benfits'' property, chain-smoking Werner never lost his sense of humor. Anna brought out a plate of cookies and Werner told about the "suit" from North American Coal who had recently paid 4a visit. The executive had told Anna that she could name any price in the world for her land. "I don''t know about that," replied Anna, "but do you think you could move your spoil pile back a little ways so the rocks stop rolling onto my lawn?"

My boss was a genial Norwegian-American rancher named Randolph Nodland. Randolph had spent years fighting a company called Nokota, which had surreptitiously acquired the mining rights to thousands of acres of land and now threatened a number of farms and ranches with the possibility of an immense strip mine and an accompanying synthetic fuels plant.

One summer evening, as Randolph and I passed the time over pitchers of beer in the Shamrock Bar downstairs from our small office, he told me about a funeral he had attended the previous week at his local country church, Vang Lutheran. Flowers had been brought by the family of the deceased, but as Randolph took his place in the pews, a particularly large bouquet caught his eye. On a card the inscription read: "With deepest sympathies, Nokota, Inc."

The memory of the funeral raised a mixture of emotions, which passed like prairie clouds across Randolph''s weathered face--disgust, anger, amusement. The funeral bouquet was just one of a variety of "personal" gestures by the company, including congratulatory cards sent to graduating high school seniors, booths at local fairs, and sponsorship of sports teams, all designed to ingratiate Nokota Inc. with the local community.

This particular gesture, though, crossed the line, and I knew Randolph would make sure the story of the grotesque social miscue made the rounds. In relating the encounter with the bouquet, the mere raising of an eyebrow would be enough to define and convey the insult--and having delivered that cue himself, Randolph could be assured that the message would pass from person to person. Such is the nature of a rural community.

But it occurred to me that Nokota''s weird social gesture also stood for something else. In a curious way, the ineptness of the funeral bouquet dramatized the mindless persistence that only a corporation can sustain. Randolph''s own energies, along with the combined energies of all his neighbors, were ultimately limited. In contrast, the energies of the corporation had no clear bottom. Maybe all the public relat 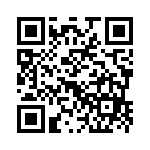