Melissa McFarland Pennell is Professor of English at University of Massachusetts, Lowell. 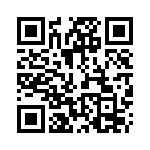