Transcendental wordplay: America's romantic punsters and the search for the language of nature

Nineteenth-century Americans were fascinated by the meanings and origins of words and also loved a good joke. In this impressive work of scholarship, West (English, Univ. of Pittsburgh) explores the ... Read full review

Throughout the first half of the nineteenth century, America was captivated by a muddled notion of "etymology." New England Transcendentalism was only one outcropping of a nationwide movement in which schoolmasters across small-town America taught students the roots of words in ways that dramatized religious issues and sparked wordplay.

Shaped by this ferment, our major romantic authors shared the sensibility that Friedrich Schlegel linked to punning and christened "romantic irony." Notable punsters or etymologists all, they gleefully set up as sages, creating jocular masterpieces from their zest for oracular wordplay. Their search for a primal language lurking beneath all natural languages provided them with something like a secret language that encodes their meanings. To fathom their essentially comic masterpieces we must decipher it.

Interpreting Thoreau as an ironic moralist, satirist, and social critic rather than a nature-loving mystic, Transcendental Wordplay suggests that the major American Romantics shared a surprising conservatism. In this award-winning study, Professor West rescues the pun from critical contempt and allows readers to enjoy it as a serious form of American humor. 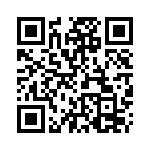