Barbara Lewalski is William R. Kenan, Jr. Professor of English Literature and of History and Literature, and Director of Graduate Studies in English at Harvard University. She has been named honored scholar by the Milton Society of America, and has served as President of that organization and of the Society for the Study of Early Modern Women. Her numerous publications include Milton's Brief Epic: The Genre, Meaning and Art of "Paradise Regained" (1966), Protestant Poetics and the Seventeenth Century Religious Lyric (1979, winner of the James Russell Lowell Prize of the Modern Language Association), Paradise Lost and the Rhetoric of Literary Forms (1985), Writing Women in Jacobean England (1993), and The Polemics and Poems of Rachel Speght (editor, 1996). 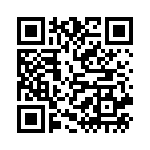