Page 219 - Oh that I knew where I might find him ! That I might come even to his seat ! I would order my cause before him, And fill my mouth with arguments.‎
Appears in 1060 books from 1726-2008
Page 219 - Behold, I go forward, but he is not there; and backward, but I cannot perceive him: On the left hand, where he doth work, but I cannot behold him: he hideth himself on the right hand, that I cannot see him.‎
Appears in 1110 books from 1705-2008
More
Page 116 - When the lamp is shattered The light in the dust lies dead — When the cloud is scattered The rainbow's glory is shed. When the lute is broken, Sweet tones are remembered not; When the lips have spoken, Loved accents are soon forgot.‎
Appears in 321 books from 1817-2007
Page 340 - When I deny sensible things an existence out of the mind, I do not mean my mind in particular, but all minds. Now it is plain they have an existence exterior to my mind, since I find them by experience to be independent of it.‎
Appears in 115 books from 1820-2007
Page 158 - He seems to thee a little less living than thou; his life is dim, it is cold, it is a pale fire beside thy own burning desires.... So, dimly and by instinct hast thou lived with thy neighbor, and hast known him not, being blind. Thou hast made [of him] a thing, no Self at all. Have done with this illusion...‎
Appears in 34 books from 1885-2007
Page 207 - In him who has intercourse (with others) affections arise, (and then) the pain which follows affection ; considering the misery that originates in affection let one wander alone like a rhinoceros.‎
Appears in 24 books from 1881-2006
Page 32 - The future, till the past be gulfd in darkness, It is not of my search. — My mother Earth ! And thou fresh breaking Day, and you, ye Mountains, Why are ye beautiful ? I cannot love ye. And thou, the...‎
Appears in 141 books from 1817-2008
Page 51 - The fact then appears to be, that we are constituted so as to condemn falsehood, unprovoked violence, injustice, and to approve of benevolence to some preferably to others, abstracted from all consideration, which conduct is likeliest to produce an overbalance of happiness or misery.‎
Appears in 90 books from 1813-2006
Page 189 - Man, one harmonious soul of many a soul, Whose nature is its own divine control, Where all things flow to all, as rivers to the sea...‎
Appears in 213 books from 1775-2007
Page 317 - Nature, we must remember that a great deal of the fancied simplicity may be due, in the given case, not to Nature, but to the ineradicable prejudice of our own minds in favor of regularity and simplicity. All our...‎
Appears in 13 books from 1876-2005
Less

Josiah Royce was the leading idealistic philosopher in the United States during the period of the development of American pragmatism. Born in Grass Valley, California, he was educated in San Francisco and at the University of California. After his graduation in 1873, he studied in Germany for a year at Heidelberg, Leipzig, and Gottingen. He then returned to the United States and took a doctorate at Johns Hopkins University. He taught English composition at the University of California and in 1882 was invited to Harvard University to "fill in" for William James (see also Vols. 3 and 5). He was appointed to an assistant professorship at Harvard in 1885 and remained there for the rest of his career. Influenced by Hegel (see also Vol. 3), Royce developed his own philosophy of absolute or objective idealism, in which it is necessary to assume that there is an "absolute experience to which all facts are known and for which all facts are subject to universal law." He published his major works from 1885 onward, including his Gifford Lectures, The World and the Individual (1900--01). Along with James, Royce had a great influence on the advanced students who were to become the next generation of American philosophers. 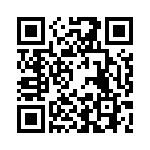