James Truslow Adams (1878-1949) was an American writer and historian known for his writings on New England, and is known for coining the phrase "American Dream." Before becoming a writer Adams served on President Woodrow Wilson's commission in charge of preparing data for the Paris Peace Conference, which signified the end of World War I. His many writings include The Founding of New England (for which he won a Puliter Prie), Our Business Civiliation, and The March of Democracy.

Howard Schneiderman is professor in the department of anthropology and sociology at Lafayette College. He is the editor of The Protestant Establishment Revisited, The Hindrances to Good Citienship, and has authored numerous articles. In addition, he has won numerous awards, including the Marquis Distinguished Teaching Award and the Crawford Award for classroom instruction. 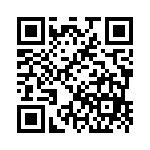