I wanted to thank you for this excellent read!! I definitely loved every little bit of it. I have you bookmarked your site to check out the new stuff you post.

Russ Kick is an editor and writer. The New York Times referred to him as “an information archaeologist,” and Utne Reader named him one of its 50 Visionaries Who Are Changing Your World. Among his many popular books are Everything You Know Is Wrong, Death Poems, and 100 Things You Are Not Supposed to Know.

Richard Metzger is a co-founder of The Disinformation Company and wrote, directed, and hosted the first two seasons of the Disinformation TV series, which initially aired on Britain’s Channel 4 network. The series has been licensed to a major cable network in the United States, and a DVD of the series is planned and will be co-marketed with the book. 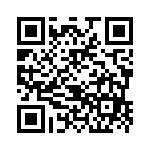